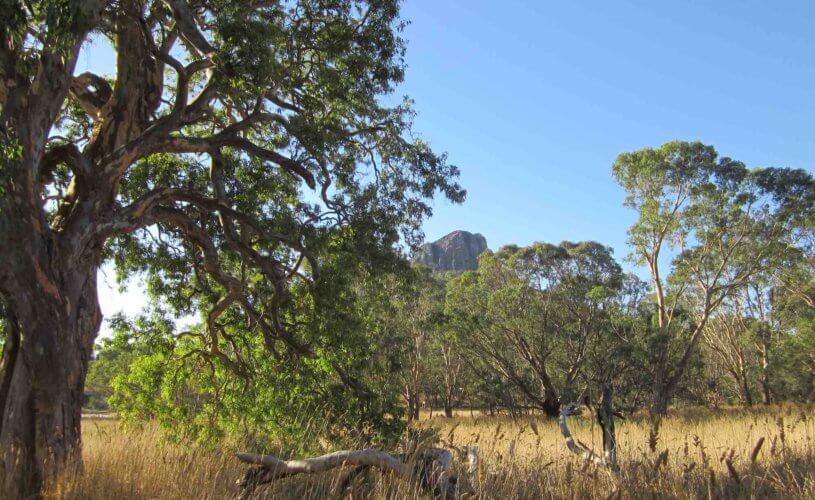 The Royal Mail Hotel in Dunkeld, just 3 hours drive from Melbourne, was our final stop on a road trip exploring the coastline between Adelaide and Melbourne to see what interesting snippets of the country lay still undiscovered. Having heard all the accolades about this boutique, award-winning gastro-hotel it was a pleasure to finally experience it in person.

The setting is spectacular – Dunkeld is a cute country town at the southern tip of the Grampians with a backdrop of the impressive Mt Sturgeon. Kangaroos galore hop over fields of wheat, and huge river red gums line trickling creek beds. 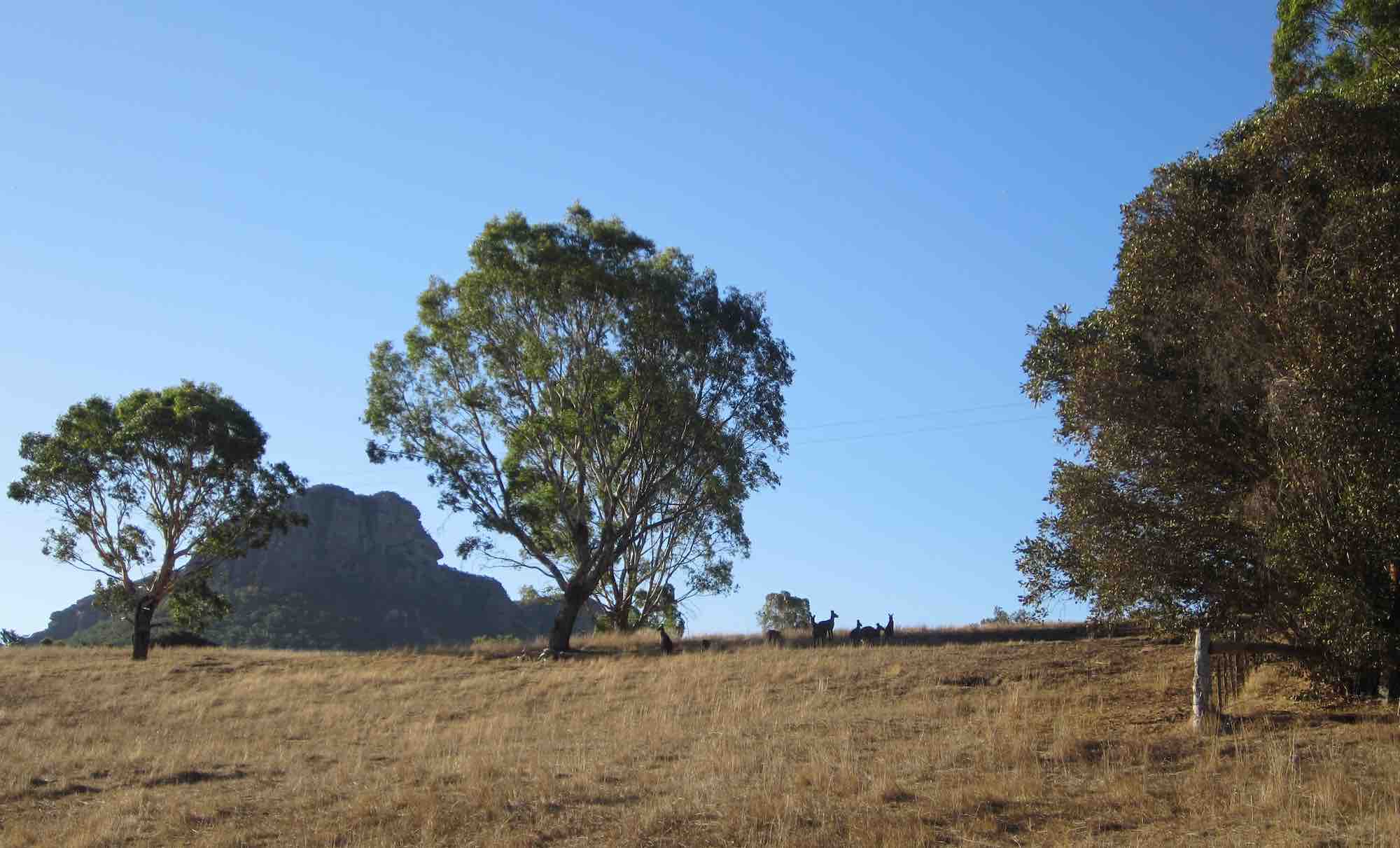 The Royal Mail has a huge range of accommodation to suit any needs – there are garden or mountain view rooms and one or two bedroom apartments all located at the main hotel, or for those wanting more of a country immersion and privacy, there are one or two bedroom bluestone cottages and the Mt Sturgeon Homestead (sleeps 12), which are just three kilometres away on 70 acres of land with outstanding views of Mt Sturgeon.

And whilst the luxury accommodation is lovely, it’s not for the extremely comfortable beds and amazing rain showers that people come to the Royal Mail – it’s for the food. But as I discovered, there is a lot more to Dunkeld and the Royal Mail than just the food. We stayed for two nights but I’m inclined to think it’s worth staying for three to really make the most of it.

The Royal Mail really does know how to do food with two highly acclaimed dining options; fine-dining Wickens at the Royal Mail and the more casual Parker Street Project. Even our breakfast at Parker Street Project took things up a notch with exceptional house-cured salmon smoked with eucalyptus leaves, mushrooms marinated in a sweet vinegar and french toast on a level I’d never tasted before.

But it’s the eight-course degustation signature experience at Wickens restaurant that gets tongues wagging. Executive chef and restaurant namesake Robin Wickens along with his talented team, create a daily menu based on fresh produce from the orchards, olive groves and extensive organic kitchen garden, which grows more than 400 edible species per year.

There’s a wine-list is almost as thick as a PhD thesis and the floor to ceiling windows with views of Mt Sturgeon and Mt Abrupt give a feeling of dining in nature. When we arrived as the sun set, two kangaroos grazed peacefully out front. Delivered with a service that is second to none, our eight-courses took us on a flavour journey that highlighted the skills of the chefs and the in-season local produce.

Activities at the Royal Mail Hotel

To balance out the calories from the epicurean delights, there is plenty to keep guests busy and fit. On our first afternoon we strolled along a beautiful hotel walking trail that took us past mobs of kangaroos to a grove of ancient river red gums. The following day we tackled a walk to the summit of Mt Sturgeon where we were rewarded with 360 degree views and on the way down an emu crossed our path as an added bonus. There are several other walking options –  some start straight from the hotel or some within a short drive. In the coming years track upgrades and new track openings to create the world-class Grampian Peaks Trail will give guests even more reason to visit.

At 11am each day, the Royal Mail Hotel offers guests free kitchen garden tours. We were guided by Wickens chef Tom who gave us insights into the workings of the garden and how the menu is decided for the restaurants. White ducks waddled freely (they were put there to eat the insects) and bees buzzed busily between flowers as we learnt about the ton of zucchini growing beneath our feet and how the pretty marigold flowers were planted for more than just aesthetic value.

For wine lovers (and who isn’t?), there are daily cellar tours which include comparative tasting of a local and international wine from the cellar.

The Royal Mail also has a conservation department with a captive breeding program that aims to increase numbers of and raise awareness of threatened species such as Eastern Quolls and Tiger Quolls. Guests can join the local conservationist each day as she feeds them. It’s a rare opportunity to get up close to these endangered (and nocturnal) carnivorous marsupials and to see the work that is being done to protect them.

The Royal Mail Hotel also makes a great base to see regional Victoria by helicopter. Day trips can be organised to local wineries, Port Fairy for lunch or to see the Twelve Apostles.

Talk to Alquemie to include The Royal Mail in your next Australian itinerary.

The Royal Mail Hotel has been awarded scores of esteemed accolades including;

Two Chef’s Hats by the The Age Good Food Guide 2015, 2016 and 2017, The Best Wine List Australasia at the 2014 Fine Wine Awards and Three Stars by the Australian Gourmet Traveller in both 2012 and 2013. The Australian Gourmet Traveller also awarded the Royal Mail Hotel the Regional Restaurant of the year for four consecutive years from 2009 to 2012.

On 12 July 2016, the UK’s Fine Wine awarded the Royal Mail the top ranking of three stars. Furthermore, the Royal Mail Hotel was charged with a Jury Prize, an award which saw the hotel selected by the judges as having one of the top 50 wine lists in the world.