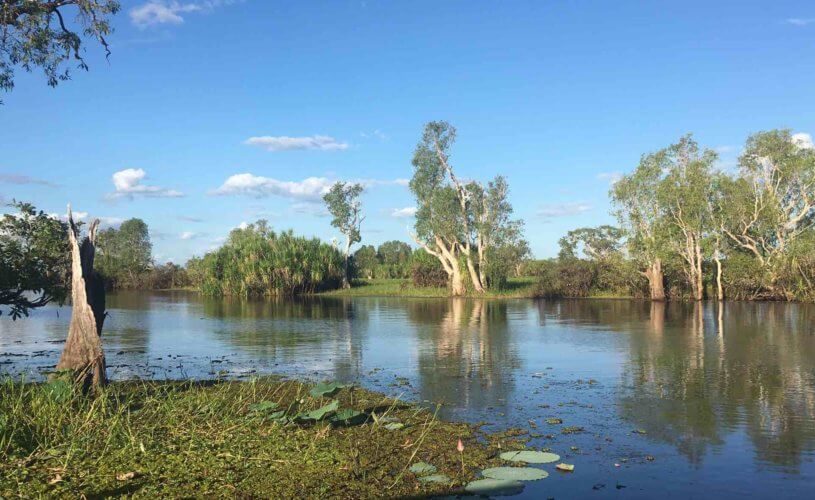 The Traditional Owners of Australia have a different (and probably much more accurate) view of our cycles of nature, after-all they have lived here for up to 50,000 years.

Over the past ten years the Commonwealth Scientific and Industrial Research Organisation (CSIRO) has been working with the below groups of Aboriginals to learn and document their ecological and scientific knowledge of Australia’s fragile ecosystems.

The Alquemie team enjoyed a private tour of Kakadu National Park in the Top End with Australia’s cheekiest guide Sab Lord in May 2017 (Yekke Season) and learnt first-hand about the stunning Ngurrungurrudjba (Yellow Water) region. We watched as small fires were lit to manage the tall spear grass that had sprung up after the wet season. By keeping this under control, it prevents big bushfires later in the year.

Below are the six annual seasons of the Ngurrungurrudjba (Yellow Water) region that were documented by the CSRIO in conjunction with Violet Lawson, a Traditional Owner from the Ngurrungurrudjba region, whose knowledge of the area was passed down to her from her mother.

Kudjewk is the hot, wet and humid monsoon season. Barra, the north-west monsoon winds, bring thunderstorms, lightning and flooding rain. The wetlands are lush and green, and swollen with water. Plants and animals thrive in the hot, wet and humid conditions. It is a good time to hunt for animals stranded by floodwaters. Bamurru (Magpie Geese, Anseranas semipalmata) are nesting and their eggs are a favoured source of food.

In Bangkerreng knock ’em down storms, the last of the wet season, flatten Anbedje (Spear grass, Sorghum intrans). The rain clouds disperse and clear skies return. As the floodplains drain into the rivers and creeks, Namarnkorl (Barramundi, Lates calcarifer) feast on small fish, tadpoles and crustaceans.

Yekke is a relatively cool time with low humidity. Djimurru, the dry wind from the south-east, blows. Early morning mists hang low over the wetlands. Ngurrungurrudjba is covered with Andem (waterlily) flowers. When Andjalen (Eucalyptus miniata) flowers, it is time to start burning the woodlands.

Wurrkeng is the coolest and driest season. The humidity is low. The floodplains are drying out, and many creeks have stopped flowing. Cool, dry winds blow from the south-east. Yellow Andjedj (Cochlospermum fraseri) flowers tell us that the Kumoken (Freshwater Crocodiles, Crocodylus johnsoni) are laying their eggs on sandy creek banks.

Kurrung is the season of hot dry weather. Whirly whirlies – Nadjurlum – are common. Mahbilil, the salt water wind, blows in the evenings. Bamurru have grown fat on Andem (Nymphaea violacea) and Ankurladj (Eleocharis dulcis) corms and are good to eat. They crowd around the shrinking billabongs with other water birds and are easy to hunt. Thunderclouds start to build high in the sky signalling the return of Kunumeleng.

In Kunumeleng the air becomes more and more humid and thunderstorms build in the afternoons. Rain on the dry floodplains brings bring rapid growth. Balmarradja, the wind from the west, starts to blow. Waterbirds spread out as the area of surface water increases. Namarnkorl (Barramundi) travel up the rivers to the estuaries to breed.

Generally between about May (when the Dry season begins – before that it’s usually quite flooded) and October. In May, some of the main waterfalls may still not be open due to crocodiles however there are less tourists and you can still find the most amazing places to visit.

Learn more about our private guide – Sab Lord – who grew up in Kakadu with the local Aboriginals as his closest friends. His knowledge of the area is second to none.